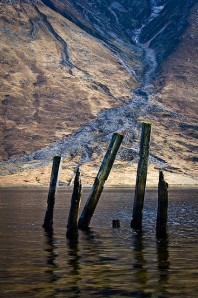 I’m 5 months old lying on the sculpted carpet tiles of the living room floor. All smiley and bald. Mom is in the kitchen. Dad has slipped out the room for a minute. I shimmy along, yes, this non crawling bundle of fun was an expert at shimmying. I move backwards towards the electric fire.

I’m certain the next minutes were screams – intense – loud.

Emotions pointing – blaming – hating, as my little trapped leg was released from the fire.

Three months of daily visits to the hospital. Of scraping baby skin and redressing the wound.

The scars on my leg have always been a part of me. That’s what happens with scars isn’t it, they become part of us, our story.

Reminding us of terror, illness, accident, self harm, abuse…

We often overlook the scars, they are so a part of who we are. Then occasionally, we see them anew or someone asks and we recall, or recoil.

I’m reminded this week of my scar, as the mole on my scar has decided to change its appearance. Tomorrow I have it removed, a chunk taken away from my scarred skin.

A scar indicates the healing of a wound. That the tissue of the scar is stronger than the tissue around it. Scars are a sign that we can heal. Our scars are a witness.

But Michelle. I’m not even scarred. I’m still wounded.

Anne Voskamp wrote a great blog on Christians and depression today. ‘Don’t only turn up the praise songs but turn to Lamentations and Job and be a place of lament and tenderly unveil the God who does just that — who wears the scars of the singe. A God who bares His scars and reaches through the fire to grab us, “Come — Escape into Me.”

I attended an Encounter God retreat a few weeks ago, read about it here. This past weekend we held our first Willow Park ‘Encounter God’ weekend. 60 people came along to the woods and slept in cabins and ate great food.

And ‘God did what He does best.’ 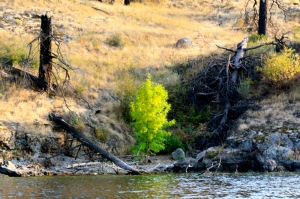 Lives were restored, healed, marriages made new, as those attending allowed themselves into the healing process.

For many, it was not without a fight, attending the next session was a battle.

Here are a few lines of stories and testimonies from the weekend:

‘When I knelt at the cross, Jesus showed me how to be compassionate’

‘I have been hurt by church people, this weekend has shown me I can trust again’

‘I couldn’t forgive my abuser but through an act of obedience I did. I know that He died for him as much as for me’

‘I’m dealing with this stuff, trusting that my kids don’t have to’

‘I saw where I was robbed of my voice’

And from my purple haired sister.

You’re good enough, you’re smart enough, and doggone it, people like you!

This is about an Encounter with our living Lord, who said to Thomas. ‘Look at my hands’.

This refers to a custom among the Jews who actually tattooed their hands or arms with paintings of Jerusalem or the Temple, thus they would always have a remembrance ever before them. This view is accepted by most scholars and these palm painting representations were called “ensigns of Jerusalem” and were performed in this sort of manner

Some left the retreat with scars, wounds healed.

Others scraped a wound that had festered for years.

Some released words to suffocating secrets.

Many invited Jesus right into that wounding situation, hearing ‘I was there, allow me to redeem it for you.’

For some it was just the beginning.

So back to my leg. I just found out that my Dad wasn’t the superhero he had told me he was in this story. Guilt has a way of misplacing emotions doesn’t it?

The hero in my story is the One with the scarred hands who has loved, embraced, healed and protected me over the years.

You know me by now. I’m not talking about a quick fix fantasy or a wishing and waving of wands.

But healing threads weaving through layers of our wounds. The words of Christ mending and binding.

I pray for you today, that you can see Jesus in your tough skin scars, and invite him into your tormented wounds.

The Lord is close to the brokenhearted and saves those who are crushed in spirit. Psalm 34:18

40for40 Book Reviews Faith Life in Pics Life stories NaBloPoMo Other Saturday Soup TGI Friday The Collins Connection
Back to top
%d bloggers like this: