Many of us hold memories of family members involved in war. Stories of loss, pain, stories in the eyes of loved ones that were never told, then for us in more recent years, a lovely friend.

My Great Grandad Bert died from wounds in Flanders, Great Grandad Charlie, I remember him as the gentlest soul, held medals of bravery from WW1. Great Uncle Cyril was in Italy – an unforgettable character as any of my friends who met him know! My Grandad Bill was posted in the Sahara on tank recovery. 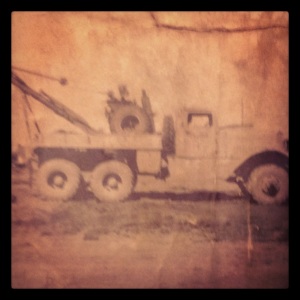 And in Upton on Severn my Great Uncle John Herman is remembered.

The red-flowered corn poppy became the symbol of wartime remembrance for the First World War – being immortalised by John McCrae, the Canadian Surgeon and Soldier, in his famous poem of 1915  “In Flanders Fields”.

Nature reminding us each year to remember all who have suffered through war, those who have gone and their relatives, the injured and those around the world who continue to fight and suffer. The least we can do is wear the poppy and hold the silence, we never underestimate your pain and honor you.

James McConnell was an American pilot who had volunteered to fight in the war and was flying with the French Escadrille Lafayette. He recorded a vivid description of the destroyed landscape below him as he flew over the 1916 battlefield of Verdun. He describes the front line as a brown belt, a strip of murdered Nature “Immediately east and north of Verdun there lies a broad, brown band … Peaceful fields and farms and villages adorned that landscape a few months ago – when there was no Battle of Verdun. Now there is only that sinister brown belt, a strip of murdered Nature. it seems to belong to another world. Every sign of humanity has been swept away. The woods and roads have vanished like chalk wiped from a blackboard; of the villages nothing remains but gray smears where stone walls have tumbled together… On the brown band the indentations are so closely interlocked that they blend into a confused mass of troubled earth. Of the trenches only broken, half-obliterated links are visible.”

However, sometimes the sights and sounds of nature could be seen and heard through the fog of battle. Soldiers spoke of how birds, and most particularly the lark, could be heard twittering high in the sky even during the fury of an artillery bombardment. Quoted from James McConnell, Flying for France, New York, 1916. McConnell was killed in March 1917 when he was shot down.

Dusty recesses keep providing us with historical records bringing back the toils of those times; in 2009 one of the oldest surviving First World War poppies – plucked from the killing fields of Flanders in 1915 – has been found in the diary of a former soldier. Len Smith was 24 when he picked the delicate flower from the ground in no man’s land while serving with the 7th City of London Regiment in Belgium.  Mr Smith, a sniper and battlefield artist, pressed the poppy in his diary for safe keeping – perfectly preserved for over 90 years.

We preserve our memories holding our loved ones dear.

Remembering today… preserving our memories, praying for those who still find their hearts in that desolate place, the place of troubled earth.

I pray that in that desert you will hear a new song.