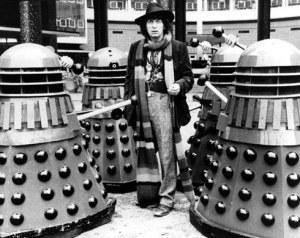 What a week it is, half a century for these unlikely travelers.

Let me start with a confession; I love Doctor Who. Yes, I am that stereotypical six year old hiding behind the sofa, terrified of bog eyed alien monsters.  A 60’s child, so Tom Baker the fourth doctor will always be my Doc.

This week is the 50th anniversary of the death of John F. Kennedy and C. S. Lewis, Kennedy and Lewis who passed into a faraway country.

And 50 years of Dr. Who, the longest running Sci fi series to visit our TV screens, with 10 million Britons watching the second show, Kennedy was dead and the Daleks had landed – Lewis’s death was overshadowed that week.

This cosmic trio have influenced my life.

Kennedy, the most distant of my influences gave us the moon –  his speech, his belief and passion that captured a generation’s imagination. We can go beyond. The impossible can be possible, what is unreachable can be reached. He lit the touchpaper and reignited the imagination, he declared ‘A man may die, nations may rise and fall, but an idea lives on’. I can still see those speckled images as man walked on the moon, ‘That’s one small step for man, one giant leap for mankind.’ You see I’m an optimist, I believe in believing. Keep looking up and beyond.

It is Lewis’ understanding of mankind that gave us another giant leap, offering us theology and poetry mingled together in a very holy union. He taught me that atheism is deadly and dull, uninteresting, lacking imagination, unpoetic. It was the glimpse of joy that captured his heart, you know how it is when you read something and it speaks into those deep places, you gaze into a mountain range, glimpsing that joy. I see my walk with Christ like this, listening to his whispers, the prayer, the poetic imagination of our communion with God. We need to put the poetic and imagination right at the centre of our walk with Christ. I want to sit with Jesus as the paralysed man descends through the roof and dust fills the small room; I feel the shock as he heals the withered hand as I stand in the crowd and feel their hard hearts around me. You see I have always had the desire to push through the wardrobe and walk into Narnia. Too many Christians are still organising the coats in the wardrobe and miss the wonder of Aslan. Atheism is dull but Christianity without imagination is deadly.

Tears never fail me when the children in the Lion, the Witch and the Wardrobe return to war-torn Britain from Narnia, there is a land beyond that reaches into our world at war.

From a wardrobe to a police box. What captures me about 50 years of Doctor Who is that he has been always present in our living rooms, on those rainy winter afternoons, after hours of playing football or as a teenager walking around the town centre. It is the constant epic, the themes of salvation, redemption; standing against merciless aliens that want to conquer mankind and enslave them, stealing the uniqueness, stealing life. It is the Doctors need for companionship and the many dimensions he travels through. The world may be overrun by aliens but one man always turns up.

Yes the biblical themes scream at us.

For many in faith we have forgotten that we are in an epic struggle for freedom, that He will return and so many have been captured by this alien force.We must not forget “thy kingdom come” we must not forget the heavens, the eternal reality of the cosmic struggle.

Thankful today for this cosmic trio. 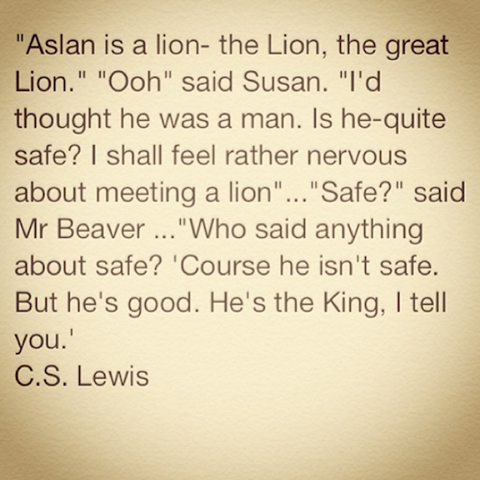 2 thoughts on “A Cosmic Trio.”

40for40 Book Reviews Faith Life in Pics Life stories NaBloPoMo Other Saturday Soup TGI Friday The Collins Connection
Back to top
%d bloggers like this: